A Call For Justice and Accountability 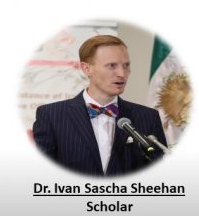 Thank you for the introduction and welcome to those tuning in here in Washington and around the world. Allow me to begin by thanking the organizers of today’s event and allow me to applaud the extraordinary courage displayed by those who have just shared their moving stories. The chilling accounts of brutality and repression that we’ve heard today are regrettably all too familiar to those that study the Iranian regime.

Iran is well known to pose a grave contemporary threat to regional peace and global security. But your statements today are important because your accounts remind us that this regime’s leaders have always posed an existential danger. For more than forty years, Tehran has threatened the world, exported fundamentalism, enabled proxy violence, suppressed civil liberties, and disregarded human rights.

Your voices today lay bare two additional messages that are less well understood: Few groups of people have suffered more at the hands of their authoritarian rulers – or displayed such conviction in the face of insurmountable circumstances – than the Iranian people; And few regimes have ever served as more of an obstacle to the advancement of their own people than the criminal enterprise in Tehran.

I want to be very clear that my statements today are not an exercise in partisanship, nor are the facts in dispute. Iran policy is among the few bipartisan issues in Washington and we need to keep it that way. Earlier this summer I was honored to join a bipartisan letter – signed by 31 senior U.S. officials – that called on the world to hold the Iranian regime accountable for its human rights violations.

In recent years, U.S. officials have been most effective when they have set aside their domestic differences by pursuing a strategy of “maximum pressure” designed to address the vital issues that were left unaddressed in the 2015 nuclear accord known as the Joint Comprehensive Plan of Action. But for too long prior to 2016, the United States pushed aside concerns about Iran’s pursuit of weapons, its embrace of terrorism, and its regional meddling. In the coming months, it is critical that we not allow international sanctions imposed by the U.N. Security Council to lapse or security provisions to sunset.

But the matter that has been given less attention by U.S. officials is the Iranian regime’s myriad human rights violations – both historical and present day. And that is why today’s event is so extraordinarily important: Holding Iran to account for its human rights record is not simply a unifying issue for the West, it places us — with you — on the right side of history.

I am pleased to see that U.S. officials seem to be moving in this direction. Indeed in recent weeks, the U.S. State Department has called on the international community to conduct independent investigations and to provide accountability and justice for the victims of the regime’s human rights abuses.

From my perspective, this is a sensible evolution of U.S. policy. European allies should have little objection to upholding universal principles shared among modern democracies. But such investigations must necessarily begin with the “death commissions” that were in operation between summer and autumn 1988.

Over the course of several months that year, tens of thousands of political prisoners were intimidated and interrogated over their political views and affiliations and an estimated 30,000 individuals – the majority of them activists from the main Iranian opposition movement, the People’s Mojahedin Organization of Iran – were brutally executed. Victims, including teenagers and pregnant women, were hanged in groups before being taken away in trucks and buried, many in mass graves.

What is deeply troubling to me is that the architects of this state-sponsored violence – violence that some scholars believe ranks amongst the worst crimes against humanity since the end of World War II – have never been brought to justice. In fact, neither the regime nor any of its officials have ever been held accountable. Consider, for example, that the current head of the Iranian judiciary and the current Minister of Justice have both been identified as participants in the death commissions.

Human rights groups, including Amnesty International, and political organizations, such as the National Council of Resistance of Iran, have called repeatedly for independent investigations of these atrocities before it’s too late.

At a moment when Western powers may be regrettably misaligned on Iran and solidarity with the Iranian people is needed like never before, world leaders have an opportunity to open a new front in the “maximum pressure” campaign by emphasizing human rights and pushing for UN-led investigations into the regime’s atrocities.

With record numbers of Iranians participating in three countrywide uprisings in just the past two and a half years, there has arguably never been a more critical time to be united behind the Iranian people in their quest for a brighter future.

Allow me to close my remarks today by speaking directly to U.S. officials and making a few important observations: America is best when it upholds its commitment to democracy at home and around the world. And America is most noble when it acknowledges that injustice anywhere is a threat to justice everywhere.

By supporting the democratic aspirations of the Iranian people and by upholding universal commitments to human rights, the United States can remain true to the liberal principles that once made it a shining beacon for the world and recommit itself to the same ideals at home.

The legacy of the great American champion of civil rights, Dr. Martin Luther King, reminds us that while the arc of the moral universe is long, it bends slowly towards justice. But we must not forget that justice is never inevitable. Neither is justice a foregone conclusion. Justice is only achieved when it is relentlessly pursued when accountability becomes the norm, and when the darkness comes to light.

QUESTION for Dr. Sheehan — Recently, on the United Nation’s Day of Remembrance and Tribute to the Victims of Terrorism, the United States announced visa restrictions for more than a dozen Iranian nationals who were involved in the 1990 assassination of prominent Iranian dissident in Switzerland. The State Department also designated Hojatollah Khodaei Souri, a former director of the notorious Evin Prison. How do you see this administration’s response and the sanctioning of the former orchestrators of the inhumane prison/torture system in Iran as helping move the needle for justice and accountability?

ANSWER: Well, Ideen, if we begin with the legislative branch of government and look at the 115th and 116th Congress, over the past four years we’ve seen several very important Congressional Resolutions and strong bipartisan statements that have called attention to the 1988 massacre. We’ve seen Members of Congress reference this most regrettable episode in Iran’s history as a crime against humanity. And we’ve heard repeated calls accountability. We’ve Also seen Iran’s support of terrorism and instability operations condemned. U.S. officials have clearly grown tired of the regime’s export of fundamentalism and proxy violence and we’ve heard their voices. We’ve also seen expressions of support for the Iranian people’s longstanding desire for a democratic, secular, and non-nuclear republic of Iran.

Moving to the Executive branch, we’ve seen this White House pursue a very firm maximum pressure policy designed to give the Iranian people an opportunity to consider a future without the mullahs. But we need more of this. It’s unquestionably working.

Consider that over the past two and a half years we have witnessed record numbers of Iranians taking to the streets. Dare I note that an Iran without the ayatollahs is no longer unthinkable to ordinary Iranians and the regime is no longer seen as a fixture of the Middle East landscape.

But Iranians aren’t simply calling for regime modification, they are risking their lives for regime change. Resistance Units inside Iran have been widely credited with spearheading these uprisings but the fact of the matter is that their case to the Iranian people is relatively straightforward: No major political player in Iran can absolve themselves of Tehran’s crimes against humanity. Put very simply: There cannot be a brighter future so long as this regime is left intact.

So, yes, I recommend that U.S. officials keep in place sanctions imposed on the Iranian regime, pursue independent investigations of historical and contemporary human rights abuses, and condemn the regime’s suppressive political activities.

These are the best ways to move the needle on the pursuit of justice and accountability.